Prior research studying the relationship between music training (MT) and more general cognitive faculties, such as visuospatial working memory (VSWM), often fails to include tests of musical memory. This may result in causal pathways between MT and other such variables being misrepresented, potentially explaining certain ambiguous findings in the literature concerning the relationship between MT and executive functions. Here we address this problem using latent variable modelling and causal modelling to study a triplet of variables related to working memory: MT; musical working memory (MWM), and VSWM. The triplet framing allows for the potential application of d-separation (similar to mediation analysis) and V-structure search, which is particularly useful since, in the absence of expensive randomised control trials, it can test causal hypotheses using cross-sectional data. We collected data from 148 participants using a battery of MWM and VSWM tasks as well as a MT questionnaire. Our results suggested: (i) VSWM and MT are unrelated, conditional on MWM; (ii) by implication, there is no far transfer between MT and VSWM without near transfer. However, the data are unable to distinguish an unambiguous causal structure. We conclude by discussing the possibility of extending these models to incorporate more complex or cyclic effects. 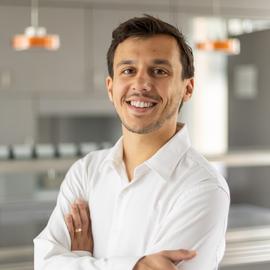 My research interests centre around computational approaches to musical learning and memory.